Positioned near the top of a hill in the north-western reaches of the Stellenbosch wine route, the Kunjani winery leaps from the Shiraz vineyards like a jack-in-the-box. Alive with vibrant colour and exuberant energy, this winery completely sidesteps the typical Cape winelands set-up, where the only thing older than the history-steeped manor houses on the estates is the regal mountainscapes that embrace their vineyards.

The philosophy behind the Kunjani brand was and still is about celebrating the cross-pollination of cultures (Africa meets Europe). But 18 months after it opened its doors (November 2017), owners Paul Barth and Pia Watermeyer decided to change the aesthetics of the brand, which is what attracted literal bus-loads of media to the winery on an autumn-perfect Wednesday afternoon. 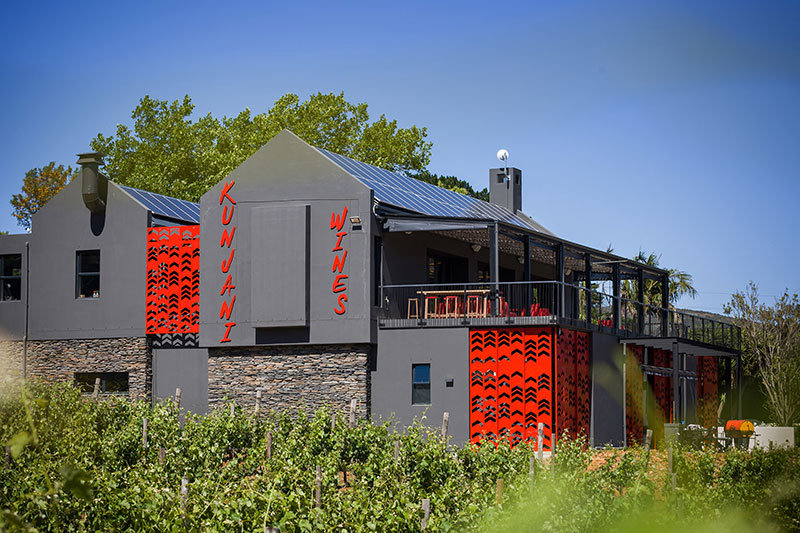 The question was: does the rebranding honour the Kunjani ethos? Does it do Kunjani justice?

A love story for the ages

One cannot tell the story of Kunjani Wines without a swoon-worthy account of the cross-continental and cross-cultural love affair that began it all.

Paul Barth is a German entrepreneur who grew up in the Riesling vineyards of his father’s wine farm in the Rheingau region of Germany. Pia Watermeyer is a successful South African businesswoman and aspiring winemaker. The two met at a mutual friend’s wedding in 2011 and while Paul spoke next to no English and Pia not a word of German, a shared love for wine, dancing, and adventure paved the way for a great romance.

“We travelled Europe with a pocket English-German dictionary in one hand and a bottle of wine in the other,” said Pia to a starry-eyed audience during Kunjani’s brand relaunch.

What do you get when you combine sharp business acumen with a love for wine?

A wine farm, of course!

And so, in 2014, the two purchased a plot of land in Stellenbosch with established vineyards and what began as a serendipitous chance meeting evolved into all that is Kunjani Wines with the lovely and extraordinarily talented Carmen Stevens as winemaker.

Over delicious, carefully paired canapés and tastings of Kunjani’s six wines (2018 Sauvignon Blanc, 2018 Chenin Blanc, 2018 “Stolen Chicken” rosé, 2017 Merlot, 2017 Cabernet Sauvignon, and 2015 Shiraz) the crowds appraised the new branding on the bottles and the winery itself. Kunjani’s interior is ultra-modern in design and an exuberant and bold work art – the collaborative effort of Pia and iconic interior decorator Haldane Martin – and its spellbinding views over bronze and crimson Shiraz vineyards satisfy that expectation for natural beauty we all feel when journeying into the Cape winelands.

Having attended the launch of Kunjani in 2017 (and held on to a precious bottle of the 2014 Shiraz until only recently), I was quite familiar with the old branding, which depicted two hands of different colour and gender “fist bumping” with a large, bold font. It was simultaneously fun and powerful in its messaging. The new label, packaging, and branding, however, has come of age.

From youthful and fun, the Kunjani brand has been remarkably elevated. Now, it is suave and sophisticated, but not at the sacrifice of its ethos or personality. The charcoal black label with its unique glossy and matt textures (borrowed from the winery’s wall paper) still depicts the two hands and the motto “two cultures, one passion”. To sum it all up: where before the Kunjani bottle looked like an easy-drinking, approachable, and affordable, weekday wine it now looks like a quality wine worthy of saving for a special occasion – a wine to treat yourself or impress a date (or your father/mother-in-law) with.

Judging a wine bottle by its label

Few people like to admit that their purchasing decisions are informed or swayed by the appearance of a wine bottle but, in reality, to say otherwise is to be a touch dishonest. We all sweep our eyes over the wine store shelves, looking for something that pops – something artistic, beautiful, and perhaps a little edgy; something that intrigues and pleases the eye. It’s only from that point that we start reading the label.

There are many wine brands whose stodgy and rather boring labels totally belie the calibre of the liquid they contain. In fact, I’d go so far as to say that South African wine estates have only in very recent years begun to get creative with their labelling and branding, abandoning the decade/century-long tradition of their forefathers. But while my mother taught me to never judge a book by its cover, in the case of Kunjani, you are very welcome to judge a wine bottle by its label. 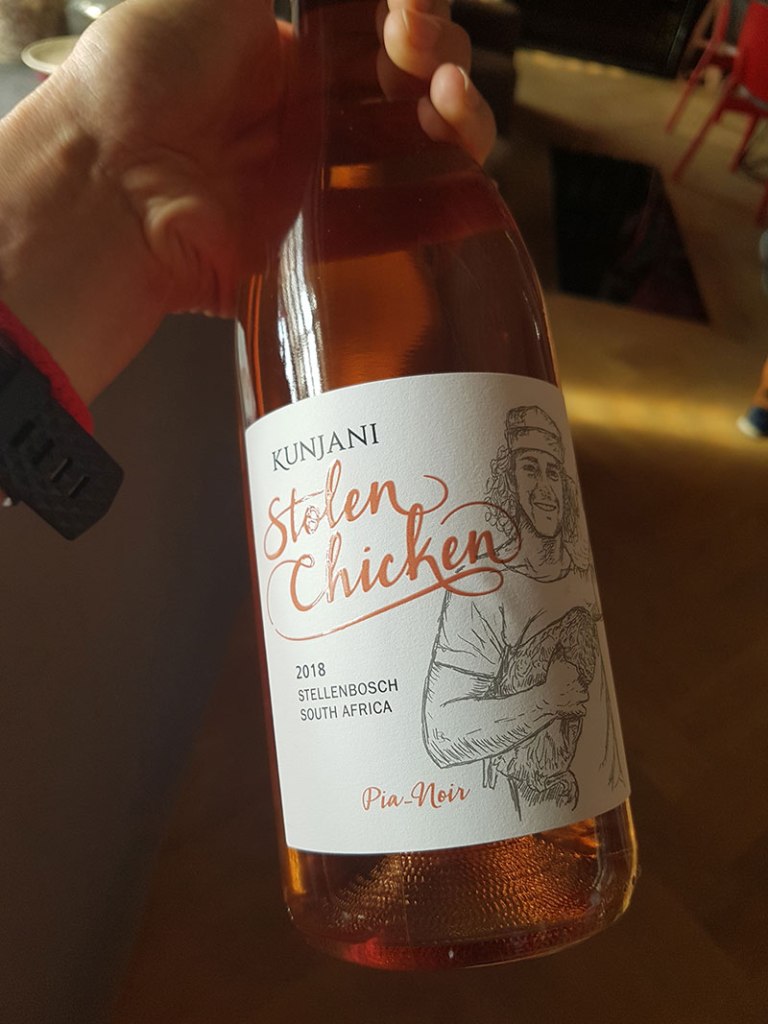 This blog was originally written for Southern Vines Magazine, the largest lifestyle and leisure magazine in the Western Cape of South Africa: https://www.southernvines.co.za/2019/06/06/say-hello-to-a-new-label-and-new-look-for-kunjani-wines/