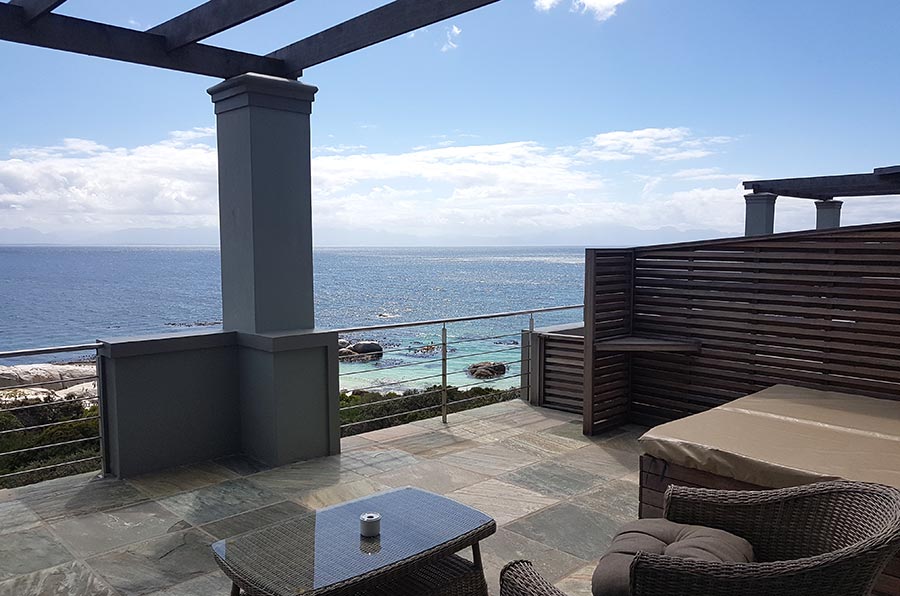 “Because there’s nothing more beautiful than the way the ocean refuses to stop kissing the shoreline, no matter how many times it’s sent away.”
~ Sarah Kay

On 16 February 1870, Cutty Sark, the fastest clipper ship of the time took to the waters on its maiden voyage from London to Shanghai. Considered the pinnacle of design, the merchant ship successfully completed the journey, returning with 590 tonnes of tea in its hull. For the next 52 years of service, the Cutty Sark earned its keep transporting goods between the continents, visiting sixteen different countries and travelling the equivalent of two and a half voyages to the moon and back. Today, at 150 years old, she is the world’s only surviving extreme clipper hip and, having been retired, is open to visitors in Maritime Greenwich in London.

Cutty Sark was, is, a famous ship (named after a short nightdress nogal) but this article isn’t about famous ships…it’s about the theme inspired luxury suites named after famous ships and the glorious Atlantic-facing villa that houses them. This is about our one-night stay at the Tintswalo at Boulders Boutique Villa in Simon’s Town.

An ode to the Cape’s vibrant colour palette

The name “Tintswalo” has deservedly become synonymous with luxury, but it is a brand of luxury that does not attempt to outperform the spectacular natural landscapes in which each of the brand’s six lodges are ensconced. Rather, Tintswalo’s interiors are created and curated to pay homage to its setting with colours and textures that compliment those framed by its generous windows, balconies, and sliding doors. Tintswalo at Boulders is, of course, no different.

Each suite has a unique colour theme and is named after famous ships, such as Bounty, Grosvenor, Water Witch, Drommedaris, and the Mayflower, the lattermost of which is regarded as one of the most important ships in American history because it brought the pilgrims to Massachusetts during the Great Puritan Migration in the 17th Century. All are an affectionate and luxuriously appointed ode to the vibrant colour palette of the villa’s surrounds, from the luscious aquamarine of Boulders Beach’s shallow waters to the rich, royal blue of the impending evening.

This spectacularly beautiful villa is in Simon’s Town, centre stage to Boulders Beach, which, being home to a world-famous resident colony of endangered African penguins, hardly needs an introduction. Standing on one of the lodge’s large balconies, one can easily see the penguins, previously called Jackass penguins for their donkey braying-like call, carpeting the granite boulders, the beach sand, and even in the turquoise waters. Occasionally, a wanton ocean breeze carries the sounds of their braying up to the villa and its this, the yelping of black-backed gulls, and the gentle sigh of the Atlantic ocean kissing the shore that is the soundtrack to your stay at Tintswalo at Boulders.

A stone’s throw away from the lodge, less than a minute’s drive down the road, is “downtown” Simon’s Town, a historic seaside anchorage nestled into the eastern flank of the Cape’s dramatic peninsula. For more than 350 years, this sheltered harbour, which overlooks False Bay, has served as a major naval base, first to the Dutch settlers, then the British, and now the South African Navy. This explains why there is an enormous battleship and a retired submarine in the harbour. In spite of its small size and relative remoteness, there is a lot to do in Simon’s Town, including kayaking out to the penguin colony, perusing its various art and antique stores, curio shopping at Jubilee Square, and taking a photo with the statue of Just Nuisance, a Great Dane and the only dog to ever be officially admitted to the Royal Navy.

But sitting there on Tintswalo’s balcony with its panoramic ocean views or in my suite, swimming in poofy white duvet, all thoughts of stepping outside this slice of paradise were so far from my mind, it would have taken a high powered telescope to locate them.

Tintswalo at Boulders operates on a bed-and-breakfast basis; however, for our stay, we were treated to a four-course feast prepared by Executive Chef Christo Pretorius from none other than the 12 Apostles Hotel & Spa. This was paired with wines from Bouchard Finlayson, a boutique winery in the Hemel-en-Aarde valley dedicated to the making of Pinot Noir, Chardonnay, and Sauvignon Blanc wines.

We embarked upon the evening with a “celebration of summer wines” in the courtyard, featuring Bouchard Finlayson Sauvignon Blanc 2018 and canapés of seared beef teriyaki roll, yellowfin tuna sushi rolls, and the most divine springbok and chakalaka kare pan, a Japanese curry-filled pie. With introductions done and the wine beginning to melt away the social shyness, we headed inside to take our place at a long table glittering with impeccably polished cutlery, crockery, and glassware. Thus, beganneth our meal.

Our first course was Moroccan lamb en croute prepared in the traditional French technique and served with pickled apricot purée, home-made labneh, crispy chickpeas, and cured lemon peel. This was paired with Bouchard Finlayson’s unwooded Sans Barrique Chardonnay 2017. Next up was the Fizantakraal salmon trout tartar, served on a bed of garden pea panna cotta, with pea and mint salad, chive crème fraîche mousse, and trout roe. This was paired with the gorgeous 2017 and, as yet unreleased, 2018 vintage of Bouchard Finlayson’s Missionvale Chardonnay.

The main course was Angus bavette steak with artichoke purée, soy truffle cream, grilled king oyster mushrooms, pickled shitake mushrooms, and a Pinot Noir beef jus I would have gleefully licked off my plate had I not been sitting at a table full of people. The wine for this course was the 2015 and 2018 vintage of the truly exquisite Galpin Peak Pinot Noir. Nirvana found.

Our meal was brought to a sweet close with a medley of desserts: a coffee and caramel chocolate torte crowned with gold leaf, vanilla bean and passion fruit macaron (my personal favourite and not only because it was purple in colour), hazelnut bon bons, and citrus tart. With a fairly impressive number of empty wine bottles lining the table, we let our inner children free by plastering the gold leaf to our teeth and seeing if our table neighbours noticed.

A frame for nature and an unforgettable stay

A stay at Tintswalo at Boulders is really a frame for the appreciation of the surrounding area and its sublime natural beauty. While deeply, deeply luxurious and comfortable, there isn’t a sliver of ostentatious display to distract one from the glorious section of coastline and glittering Atlantic Ocean that unfurls below and before you. For one blissful day and night, we relinquished ourselves to the caring embrace of Tintswalo and steeped ourselves in fine wine and food, courtesy of Bouchard Finlayson and Chef Christo Pretorius. And the morning after, saying goodbye to it all – the views of penguins, our expansive bed, the villa’s tranquil interiors, and murmur of the ocean – was really rather heart-breaking.

But you know what they say: better to have loved and lost than to never have loved at all.

This blog was originally written for Southern Vines, the largest leisure and lifestyle magazine in the Western Cape of South Africa: https://www.southernvines.co.za/2019/11/22/falling-in-love-with-tintswalo-at-boulders/