We saw the leopard slinking low in the desiccated grasses of the Welgevonden Game Reserve in South Africa’s Limpopo region. I almost soiled myself, not out of fear but of excitement. I have been to almost every major game reserve in Southern Africa, yet never to have once spotted this dotty kitty. Until now – this was a huge moment for me and my underpants.

One solitary male on a discrete hunt for food. At first, I celebrated the sighting, treasuring every second that I could watch him sleekly moving through the dry bush. A sighting like this – a once in a lifetime – is too often over in seconds. 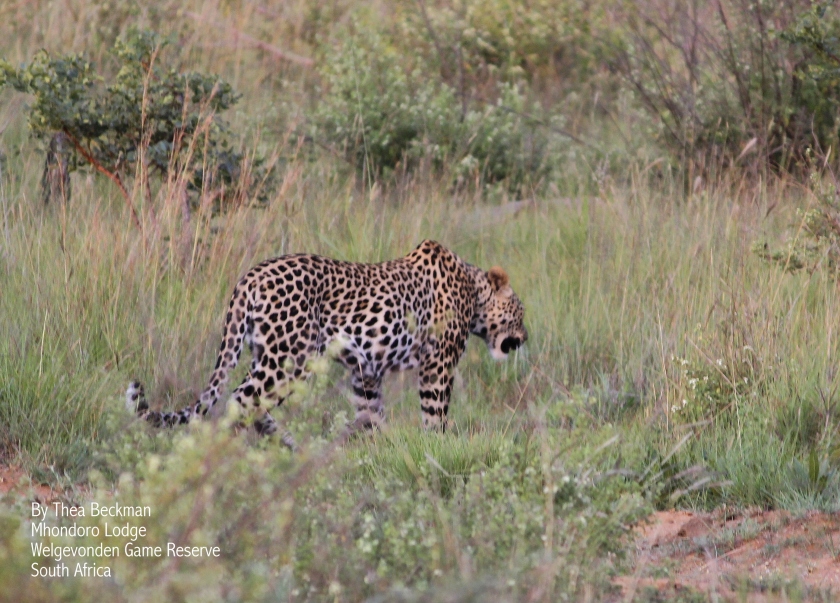 But a hunting leopard makes use of lofty vantage points to spy potential prey and, in one fluid movement, our male launched himself up the bole of a tree and took up sentry. Leopards are shy animals and extremely unsociable, which likely explains his unimpressed expression with being watched and photographed. 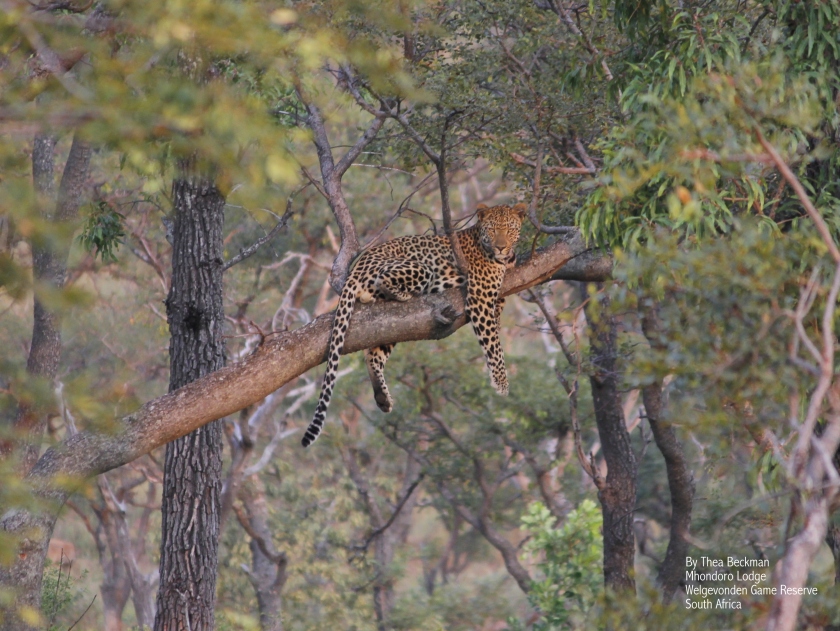 Legs (and litchis) dangling out all over the place, he remained in suspension for the better part of 20 minutes, while lazily surveying the surrounding bush and staring at us with piercing, tawny eyes. On average, leopards weigh between 60 and 70 kg and can live up to 15 years. What is most exceptional about these cats is that they can drag prey heavier than themselves up a tree, where it can hang safely out of the reach of other predators and scavengers, offering the leopard a consistent source of meat for several days. 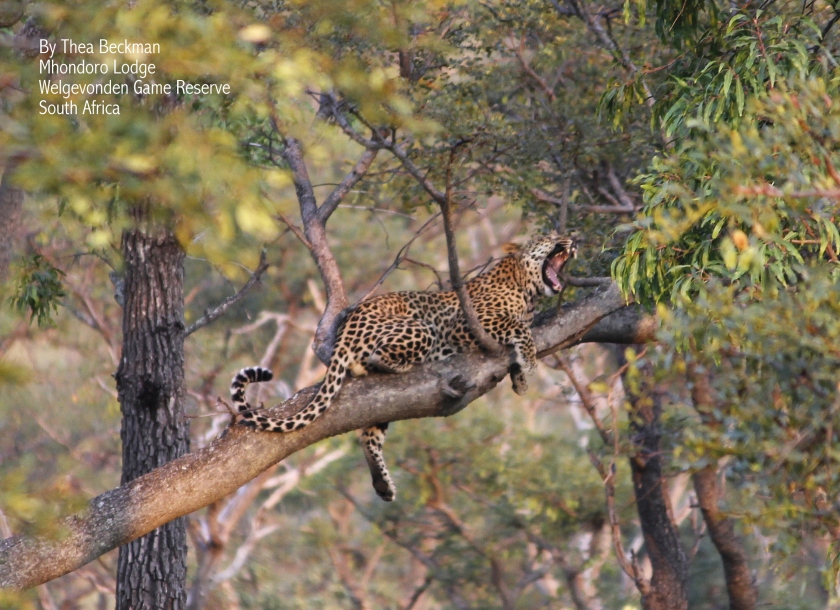 The heat, the altitude, and the lack of action took its toll and he let rip an enormous yawn, offering us a glimpse at teeth that could crack your neck like a cheese stick. Seeing this leopard quite honestly constitutes one of the high points of my life and if you’ve seen one, perhaps you’ll understand why. They are truly beautiful, extraordinary animals.

Canadian born and South African raised, Thea Beckman AKA Wander Woman Thea, is an experienced travel, food, and wine writer and (amateur) photographer with a devastating love of all of the above. She is a travel bug, a bookworm, and mildly alarmed by how many arthropods she can be at once. When she’s not writing for a living and for pleasure, she enjoys bird-watching, reading, drinking wine, cooking, and SHORT walks on the beach because the summer southeasterly winds in Cape Town are a real bitch. Thea is the author of the book “Why? Because Science!” Facebook @WanderWomanThea Instagram @wander_woman_thea View all posts by Thea Beckman

2 thoughts on “Wednesday Wildlife – The Leopard”