In the Free State of South Africa, 2012 was a year marked by an outbreak of severe thunderstorms. This province lies quite far inland of the subcontinent, to the northeast of Cape Town and to the west of the Drakensberg; the magnificent mountain chain that borders the eastern coastline of South Africa. These severe thunderstorms caused quite a bit of grief for the inhabitants of the Free State, levelling 55 houses and hospitalising 5 people, according to All Africa online publication. But in addition to the heavy rains, lightning and wind damage, these thunderstorms had the ill-grace to drop a couple of tornadoes too!

To put things into perspective, South Africa is not a country known for tornadoes. If you’re thinking of tornadoes, your imaginative context is probably located in the aptly named ‘Tornado Alley’ in the mid-western states of America. Now, as someone who has a degree in atmospheric science, you can imagine how many questions I was fielding from people who had heard about the severe weather events I just mentioned. Not questions as such: statements rather. People rarely ask me questions about the weather. I think they’re afraid of the answers. I can handle that… but what I couldn’t handle was the fact that people were confusing hurricanes with tornadoes!

“Did you hear about the hurricanes in the Free State?”

To anyone in atmospheric, Earth, ocean or any related sciences – regardless of your specialization – confusing tornadoes with hurricanes is like confusing your grandmother with Megan Fox. It’s like confusing an elephant with a pineapple. The concept of a hurricane tearing across the Free State is about as alien to the weather educated as a giraffe cavorting around the North Pole. Wearing snow shoes.

But, before you cringe at the memory of you making this rather Herculean error, one must take into account that the majority of you out there aren’t weather educated. That’s perfectly all right! We’re going to change that right now. Hurricanes and tornadoes: what’s the difference? Moreover, what’s the big deal if you get them confused? Well, when it comes to these two somewhat (ok, VERY) tempestuous weather phenomena, size really, really, REALLY… 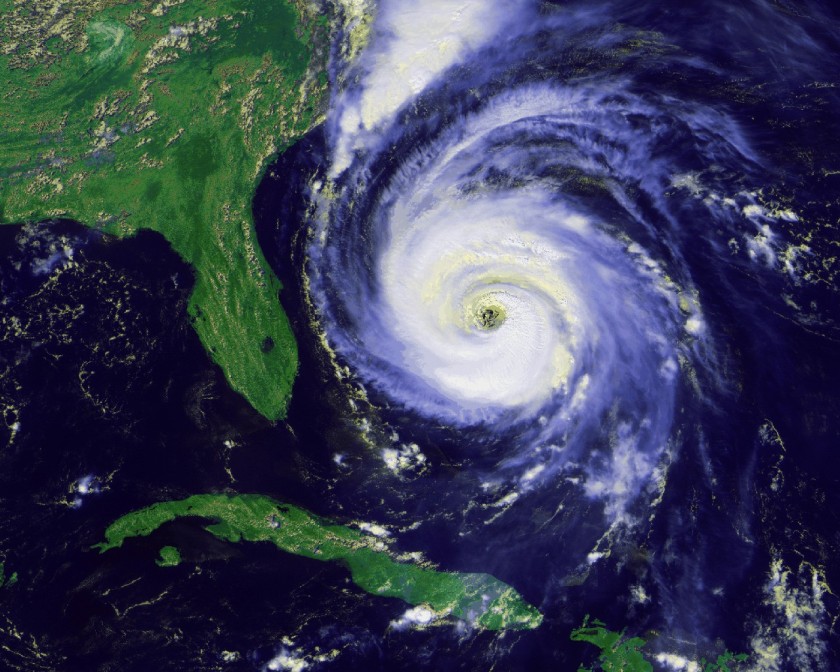 Satellites captured this fairly terrifying image of Hurricane Fran hurtling towards North Carolina on the 5th September 1996. “Fran” caused so much trouble that they decided to NEVER call another hurricane “Fran” again.

FYI, hurricanes are named alphabetically according to their order of development during the hurricane season. The first to appear will be named something beginning with an ‘A’, the second ‘B’ and so on and so forth. Hurricane Fran was therefore the 6th fully fledged tropical cyclone to develop that season and one whose limelight was solidly claimed in 2005 by Katrina and again in 2012 by Sandy. Those bitches!

Hurricanes are large tropical storms born over the equator. Fed by prodigious updrafts of hot, moist, sexy air, these giant swirling monsters generate, via condensation alone, 200 times the electrical generating capacity of the entire freaking planet, according to the Atlantic Oceanographic and Meteorological Laboratory. For those of you who like numbers or are easily impressed by them, this equates to 600,000,000,000,000 Watts. This is not even to mention the amount of energy generated by hurricane winds, which is an additional 1,500,000,000,000 Watts of unbridled weather rage!

I don’t even know what that number is… a billion million? A trillion zillion billon million? 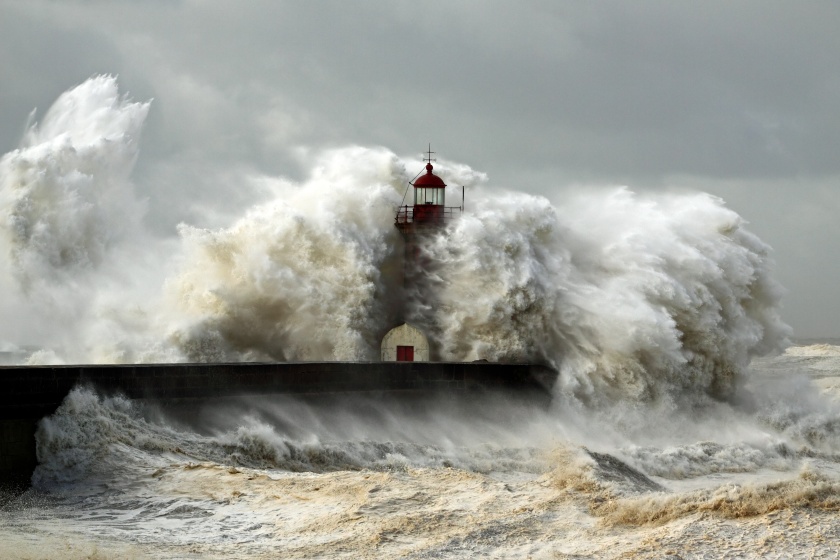 “Actually I think that was the same one”

I regard tornadoes the same way a sadomasochist regards nipple clamps: they’re deliciously terrifying. Having said this, my opinion is fantastically unfounded because I have never, ever witnessed or had my house relocated by a tornado. If I had, I would probably drop the enthusiasm a notch.

A Kansas tornado tears across a country roooooad, take me hooooome.

A tornado is a raging column of rotating air that extends from the ground to the base of its parent cumulonimbus cloud, “Cumulonimbus” being the longest and fanciest word everyone remembers from High school geography. I know this because every time I tell someone I have a background in weather, they say, “Oh! So you, like, studied cumulonimbus clouds!”

Tornadoes are generated by severe thunderstorms in atmospheric environments full of wind shear and abundant lower level moisture, amongst other ingredients. Next time you’re in the bath or swimming pool, make your hand flat, put it in the water and paddle. You’ll notice tiny little vortices or whirlpools that spin off in either direction.

“Wind shear” really just refers to two masses of air moving at different speeds and/or different directions to each other. And, just like your hand in the pool, shear in the atmosphere generates the same kind of ‘whirlpools’ in the air, although you can’t see them because air is invisible. What happens next in tornado genesis is a powerful updraft of air, which pushes these horizontal columns of rotating air vertical. And this is when shit starts getting real. 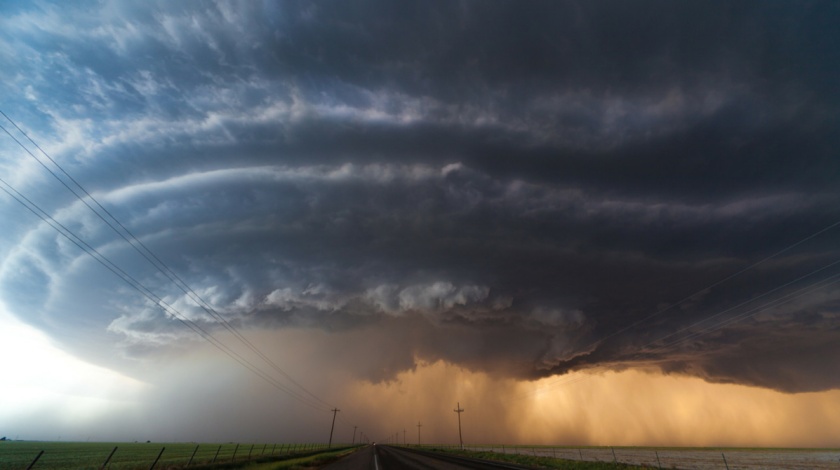 A gorgeous supercell thunderstorm at sunset. This cloud formation, known as a “mesocyclone” to academics and a “mothership” to nerds, is the atmospheric platforms from which tornadoes are commonly spawned.

On the brighter side – Tornado, 1: Insurance companies, 0.

While hurricanes may boast more impressive size statistics than a single tornado, one should note that the kinds of thunderstorms that generate tornadoes are rarely isolated and often travel in waves with one thunderstorm cell feeding the formation of several others. In 2011, in fact, the National Severe Storm Laboratory recorded the most prolific outbreak of tornadoes in American history! Between April 25th and April 28th 2011, a staggering 358 tornadoes were recorded, with the majority of them having touched down within a single 24-hour period. Thanks to a much more sophisticated weather forecasting and tornado warning system, this outbreak caused half the death toll as the single Tri-state Tornado of 1925. 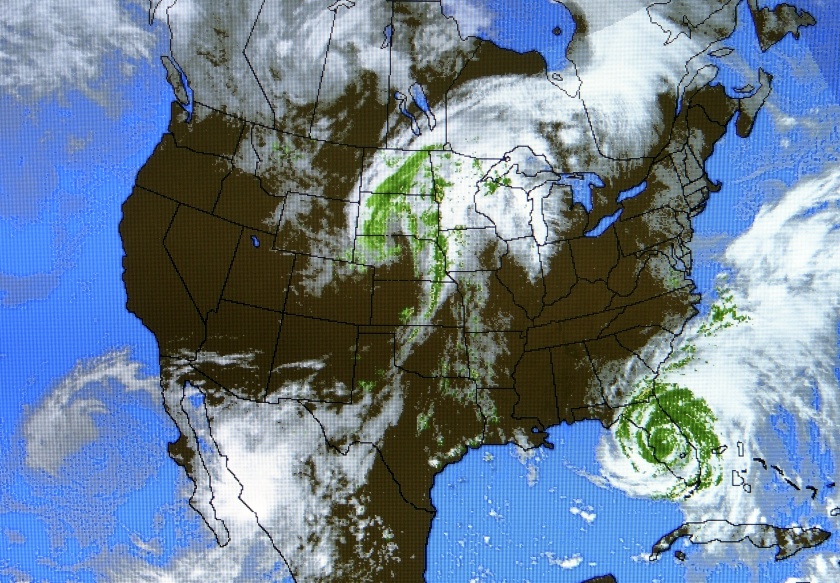 There are many big and important differences between hurricanes and tornadoes, most of which are related to scale: scale in size, in wind speeds, in damage done and in lifespan. Hurricanes are huge weather systems that last days and can cause widespread destruction. Tornadoes are much, much smaller weather phenomena generated by severe thunderstorms. Yet, in spite of their exponentially smaller size and shorter life spans, they can do incredible localized damage and frequently boast wind speeds greater than even a Category 5 hurricane.

So, to sum it all up and pack it in a nutshell:

Tornadoes can rearrange your back garden and perhaps relocate your house.

Hurricanes can rearrange your province and perhaps the entire eastern coastline of your country.

Canadian born and South African raised, Thea Beckman AKA Wander Woman Thea, is an experienced travel, food, and wine writer and (amateur) photographer with a devastating love of all of the above. She is a travel bug, a bookworm, and mildly alarmed by how many arthropods she can be at once. When she’s not writing for a living and for pleasure, she enjoys bird-watching, reading, drinking wine, cooking, and SHORT walks on the beach because the summer southeasterly winds in Cape Town are a real bitch. Thea is the author of the book “Why? Because Science!” Facebook @WanderWomanThea Instagram @wander_woman_thea View all posts by Thea Beckman

9 thoughts on “Battle of the Epic Whirlwinds: Hurricane Vs. Tornado”